10 Traits For The Best And Most Impactful Executive Leadership Possible 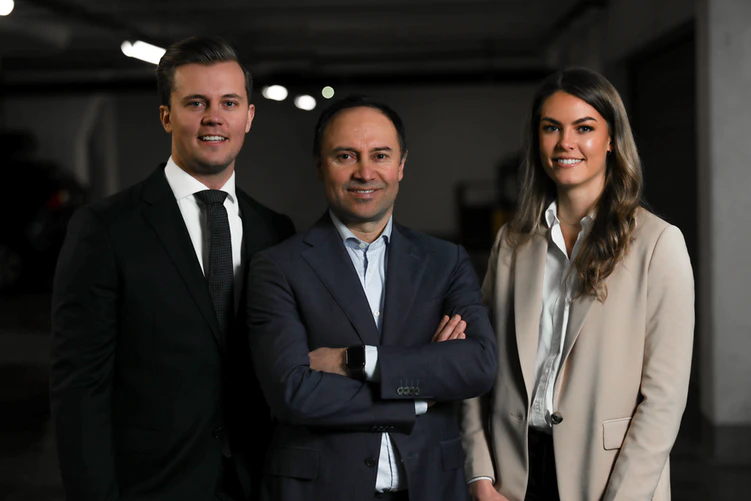 Here we’ll discuss what executive leadership is, the top traits of successful c-suite leaders, and traits to avoid.

In A Nutshell: What Is Executive Leadership?

Executive leaders are responsible for steering a company in the right direction, using a combination of the famous “people, process, tools” model. Being a c-suite leader involves bringing people together, creating efficient processes, and supplementing with tools, all of which grow a business.

In summation: executive leadership means setting a clear vision for a company, finding the right people to get it there, and building a company culture that supports the businesses’ goals and purpose.

Here are the most critical traits any leader at the helm of an organization must possess.

To be a successful leader and to grow a company, one needs to be extremely competitive. The best executives approach business as a competition. They constantly ask themselves how their organization can do better than the rest.

A competitive nature means leaders aren’t afraid to do what it takes to make their company the best in its vertical.

Considering that one of an executive leader’s primary jobs is to set a vision for their company and work to get it there, being goal-oriented is essential. The best c-suites are driven by their goals and vision for themselves and the company.

While some people shy away from decisions, especially difficult ones, executive leadership means doing this often. The best executives enjoy making decisions and will do so even in the face of adversity.

Making decisions, particularly hard ones, involves leaving one’s comfort zone. To be an effective c-suiter, a leader needs to regularly practice pushing beyond what’s “easy” for them and get comfortable taking ownership.

Similar to goal-oriented, executive leadership teams are extremely purpose-driven. Purpose involves serving causes that matter more than any one individual, including the executive herself.

Worldwide, 64% of consumers state that brands with a clear, communicated purpose are more appealing. Executives create and perpetuate this purpose, allowing it to drive decisions.

Leaders who are focused on purpose also inspire those around them to do the same. They are able to rally their team and produce the best results, even in challenging circumstances.

Executive leadership is far from easy. The leader’s job is to keep everyone united in the face of even the toughest adversity while still focusing on growing the business.

Confident leaders will display many of the following qualities:

Self-awareness. Leaders who respond well to feedback and welcome the opinions of others are some of the most confident leaders. An executive leader who knows her strengths and weaknesses means she’s confident in what she does well and works on what she doesn’t do so well. All of this builds confidence.

Positive psychology. Psychologists found that the human brain has around 6,200 thoughts per day. The vast majority of these thoughts operate on autopilot. The strongest executive leaders take time to refocus their brains on the positive and actively practice optimism. These leaders are more confident.

Seldom rattled. Nobody can be confident all the time. However, if your leader constantly looks unnerved, they likely lack self-confidence. The most emboldened executives are the ones who put on a brave face even if they don’t feel like they know what they’re doing.

Enjoy the wins. Confident leaders don’t need to take all the credit for themselves. When something goes right, those with confidence give credit to others and celebrate even the smallest wins with their team.

Does your executive leader display these qualities?

Builds Up Their Team

Since executive leadership means being driven by purpose, it’s equally important to extend that purpose to others. It’s also critical to build a company culture that fosters its purpose and hires employees who fit the culture.

Executive leadership teams can promote team-building in many ways, including:

Leaders can’t do it all. The best ones know where their “zone of genius” starts and ends. Anything outside that zone is delegated, so the executive’s time is spent on tasks they’re best at and nothing more.

Delegation means the leader must trust those around her to get the job done. This is why it’s so critical for executives to build a team they trust and continually build those people up.

Everyone makes mistakes, including leaders. The best c-suites own up to their mistakes and aren’t afraid to receive negative feedback. Any leader who squashes constructive criticism or hides her mistakes is a poor one.

To encourage accountability, leaders can schedule feedback sessions, ask their teammates how they can do better, and never criticize or punish someone for providing honest feedback.

Nothing great was ever achieved without risk.

Positive thinking is essential for any great leader, as it trickles down through the entire organization. Hostile disbelieving leaders discourage employees and damage productivity.

The strongest c-suiters use their positive thinking to motivate others to work hard and exceed expectations. Even in the face of adversity, leaders must remain positive to keep the team together.

For instance, rather than focusing on the arduous nature of a given project, a strong leader will highlight the benefits of completing such a project in a way that inspires her team to get to work.

Traits To Avoid In Executive Talent

While it’s important to know what qualities make for outstanding leadership, it’s equally vital to understand which qualities to avoid. If your current or potential executive displays any of the following attributes, they’re unlikely to grow your business effectively.

Unclear (Or Lack Of) Communication

Leaders drive the direction of an entire company, and their communication needs to tell everyone at the company what to do and how to get there. Unclear communication can lead to scattered teams with no cohesion, general unpleasantness due to miscommunications, and more avoidable issues.

Here are some examples of unclear communication from executive leadership:

No deadlines. If an executive sets a goal for the company but assigns it no timeline, how is anyone supposed to organize deliverables and set goals? Excellent leaders understand the importance of keeping people on track by setting clear, achievable deadlines.

Unclear delegation. Should an executive leadership team want to assign a task or otherwise communicate new work to someone, it should never be done in passing. The best leaders give clear instructions in a structured meeting or via a thorough email rather than on your way out the door or to another meeting.

Radio silence. Although executive leaders are busy almost all the time, this doesn’t excuse a lack of responsiveness. Leaders are there to guide an entire company, and they need to respond to questions, concerns, or other outstanding issues promptly.

Inability To Change Or Adapt

Remember Blockbuster? Maybe not, but you definitely know about Netflix. Netflix was founded in 1997 and started out as a DVD rental service like Blockbuster. Except, Netflix could never overtake Blockbuster, as the latter had monopolized the space.

Blockbuster peaked in 2004 at a valuation of $5 billion. However, Blockbuster’s leadership failed to see the future; they didn’t believe in the power of streaming. Reed Hastings of Netflix, on the other hand, is at least in part defined by his ability to adapt to new market trends. In 2007, Netflix began offering video streaming and eventually ran Blockbuster into bankruptcy.

This story proves one remarkable point: leaders who do not adapt will fail. Adapting isn’t always easy. Often, there will be dissent, and executives need to be comfortable with that. If they’ve listened closely to dissenting opinions and still decide to move forward, they may even lose some team members.

Nobody’s perfect, not even the top-most leaders. Executive leadership means recognizing that you are not excellent at everything, and feedback is the only way you’ll see these blind spots and improve.

Executive leaders who are unreceptive to feedback will generally build a culture that is unaccepting of feedback. This trickle-down effect causes harm throughout the entire organization. Look for a leader who welcomes feedback, dissenting opinions, and generally encourages open communication at all levels.

Although many leaders pride themselves on saying: “I’ll do what it takes to succeed!”, if this is taken too far, it can be detrimental.

Elizabeth Holmes dropped out of school at 19 years of age to found Theranos, a medical technology company that claimed to test for various health conditions with the prick of a finger. She became famous throughout Silicon Valley, and Theranos eventually reached a valuation of $9 billion.

Too good to be true? It was. Holmes and Theranos crashed and burned, with the Holmes being brought federal fraud charges. She broke about every moral rule there was.

Leaders should value the words “we” and “us” more than “my” and “me.” While there’s nothing wrong with developing yourself, leaders shouldn’t put their needs above the company’s. Ultimately, executive leadership means growing the business.

The opposite of self-servant is, well, servant. The coin “servant leadership” is used by many at the c-suite level to describe their leadership style in a way that places others before themselves.

Servant leadership can be seen as many of the ideal leadership traits we discussed in this article. These are leaders who support their team, think positively, hold themselves accountable, focus on the purpose, and celebrate the wins of others.

Not everyone is meant to be a leader, certainly not at the executive level. The wrong executive leadership can bankrupt a company, so it’s critical you have the right people in charge of your company.

Don’t want to end up with a self-servant, dishonest executive? We didn’t think so. Jennings Executive uses over two decades of experience to recruit the best leadership talent for your company. Learn more about how we can help you today! 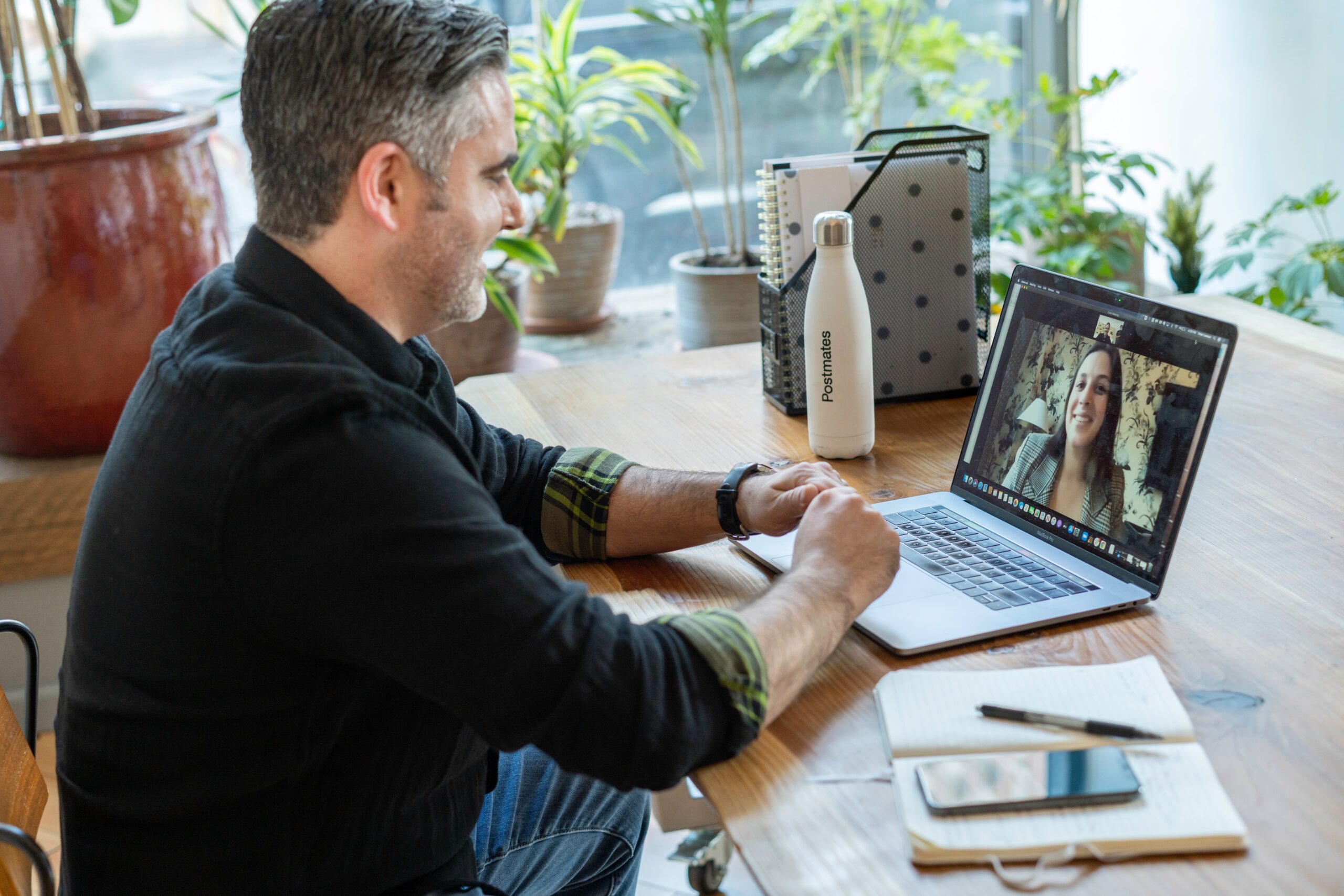 How to Manage a Remote Team: A Survival Guide

With advances in technology making it easier to stay connec 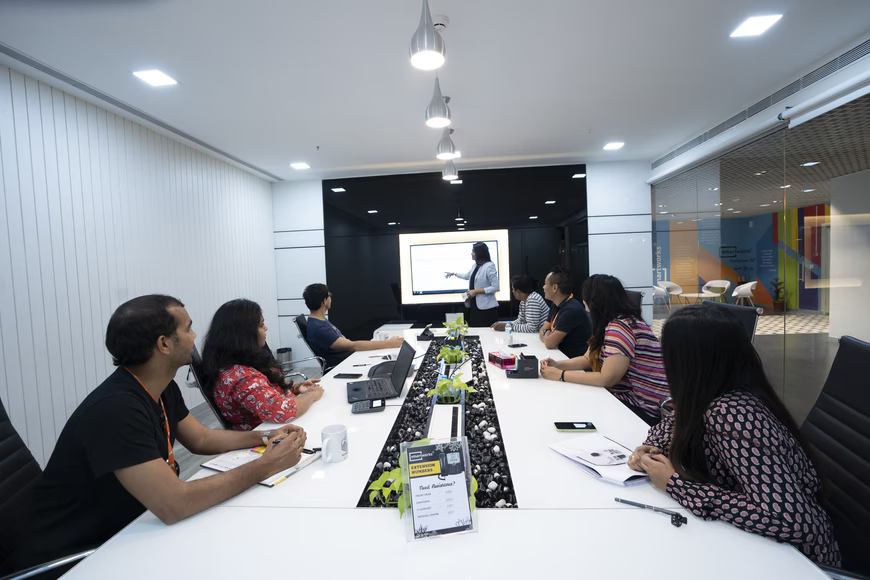 Your Comprehensive Guide to Board Diversity: Current Situation, Benefits, and 6 Steps to Take

Board diversity is essential for business success. Accordin 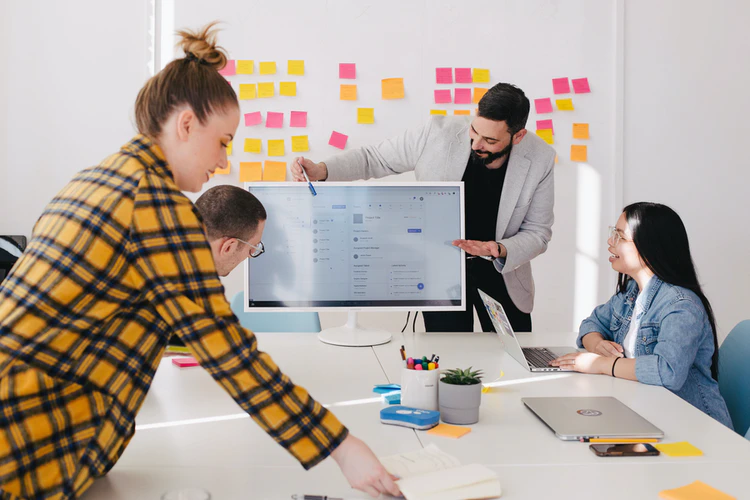 Building a Thriving Leadership Development Program and Why it Matters 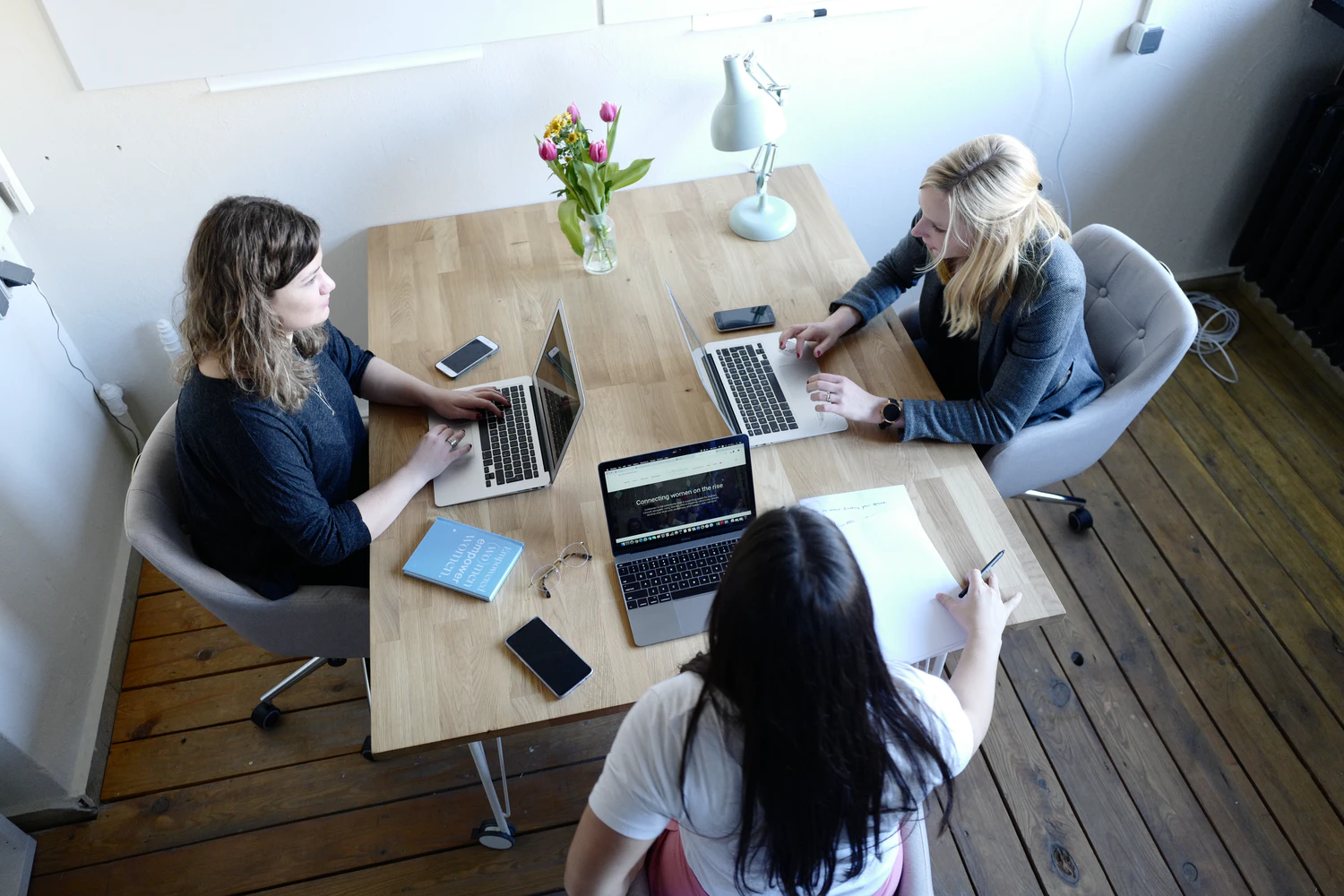 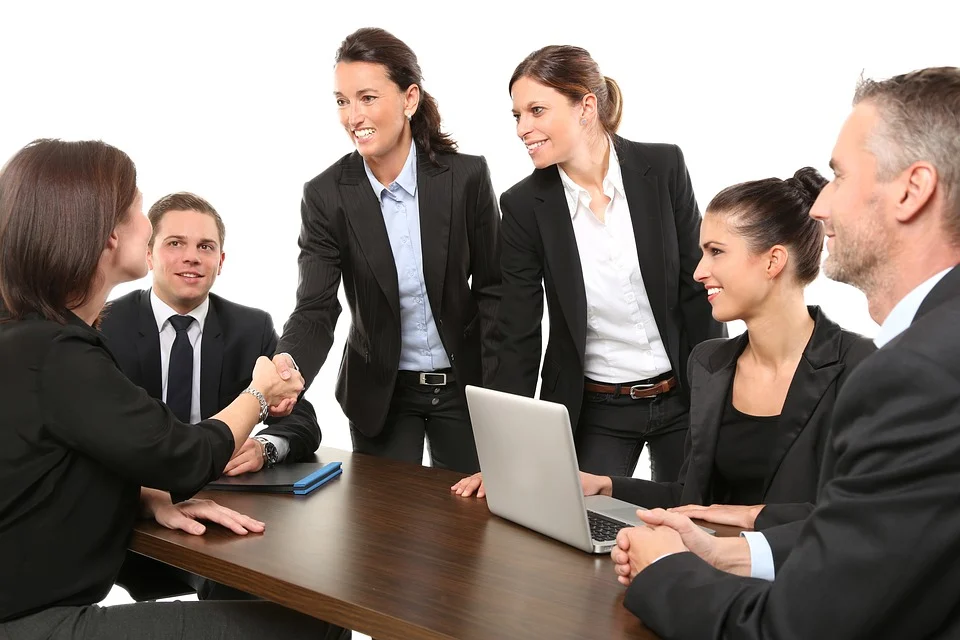 Good Company Culture: What That Means And How To Create It

The importance of company culture is growing in the modern